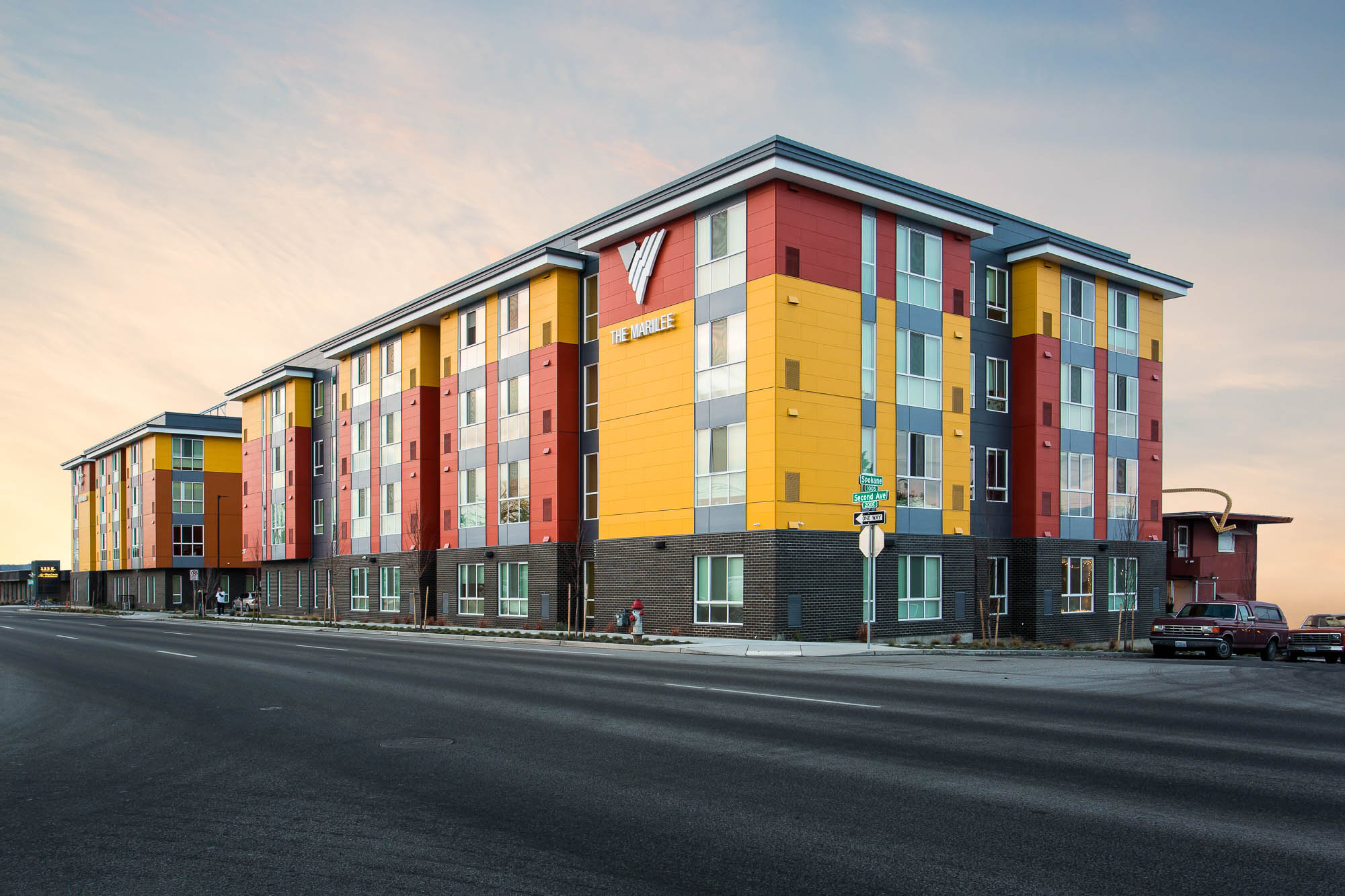 Catholic Charities of Spokane, Inland Northwest Volunteers of America as well as Spokane City and County collaborated to build two new buildings near downtown Spokane in 2016.  The two brightly-colored apartment complexes are called Buder Haven and The Marilee.  The two facilities have 100 units including one-bedroom and studio apartments specifically to house the chronically homeless.  Research shows that giving the chronically homeless a place to live is actually a viable way to help the residents get back on their feet as well as reduce the burden on the local police and medical services.

These buildings are the latest local step in a national shift toward a “housing first” approach to tackling homelessness. Rather than mandating residents be sober or have mental illness symptoms under control, the apartments are leased on the belief that it’s easier to get sober, get a job and receive health care when you have a place to live.

Housing-first advocates say the approach saves money by reducing the number of emergency service calls to deal with chronically homeless people. If someone is drunk or having severe mental health symptoms, they can rest in their own apartment instead of being on the street or passing out somewhere, which often results in a police call or a trip to the emergency room.

“What you see before you is the answer to the question, ‘What are we doing about homelessness in Spokane?’ ” said Monique Kolonko, the associate director at Catholic Charities who oversees housing projects.

The Marilee is operated by Volunteers of America and is the namesake of the group’s now-retired longtime president and CEO, Marilee Roloff. Catholic Charities’ Buder Haven is dedicated to the parents of Sister Madonna Buder, who has ministered to jail inmates for decades.

The residents I met during my photo shoot were very excited to have a place of their own and I heard many stories of recovery and restoration for those who were down on their luck.  Everyone was friendly and the staff put forth a positive environment for the residents and guests who visit the facilities.