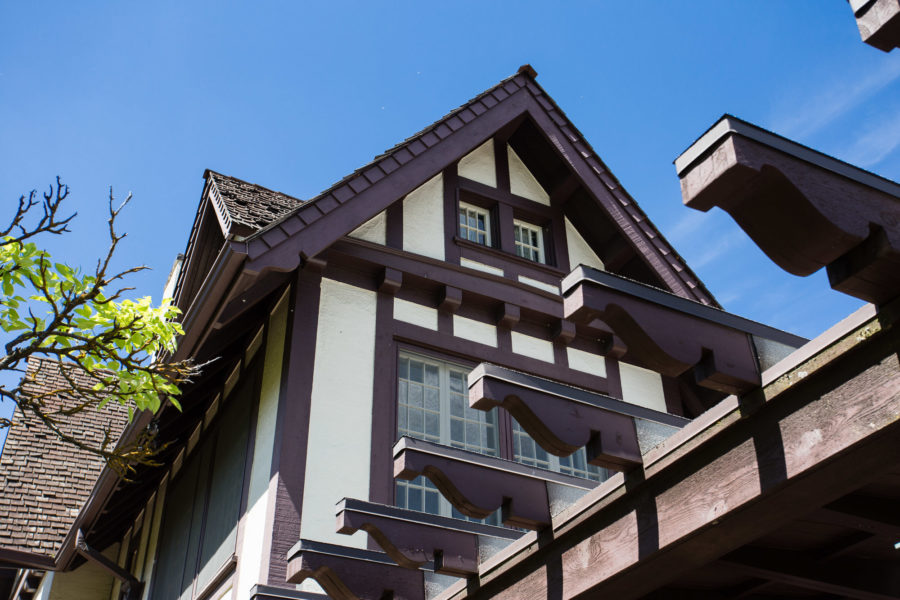 At a glance, this 1912 historical Spokane home has the exterior features of Bavaria with the combination of white walls and vertical wood trim, but the style was largely inspired by designs originating from seventeenth century England. Architects in the United States adopted many European elements for their designs around this time and this was no exception. Classified as American Tudor Revival style, it features elements of the classic English Gothic Architecture which began in the 1600’s and maintained popularity throughout early 1900’s Europe. The key elements of the Tudor home often include a brick facade on the lower walls and a timber frame design over white on the upper walls. Gabled windows, asymmetrical floor plans, curved or steep rooflines, and tall chimneys are all common trademarks of the period. The Tudor style carried over into America in the late 1800’s and early 1900’s, lasting until the Great Depression when building industry slowed and adapted to the economy. The style was superseded by Art Deco, Craftsman, and Modern Revival styles that followed.

The home’s designer, Kirtland K. Cutter was arguably the most well known architect from Spokane during the pre-depression era and his firm Cutter & Malmgren produced this well-preserved example. This home was listed on the National Historic Register in 1979 and the Spokane Historic Register in 2012. At the time of this article, the 7 bedroom, 5 bathroom, 7400+ sq ft home is listed for sale with a seven-figure asking price. RL Miller Photography provided the photographs for the real estate listing.